Fighting fire with data in the ‘otherness’ debate

Migration has been, and continues to be, a polarizing subject at an international scale. It is an increasingly complex matter that touches upon a plethora of transversal issues – including climate change, economic development, international security, identity politics and human rights, to name a few. With such a complex subject, it is difficult to find a common standpoint – it is easier to disagree than to agree.

More in Common is a project that spans across the United States, United Kingdom, France and Germany that aims to bridge the gaps between increasingly polarized societies. With roots in countries whose public debates have been defined by polarized viewpoints on migration, More in Common uses a sound evidence base to quell divisive narratives and counter “otherness”.

Stories and narratives can unite or divide us, and we believe in the power of stories of a ‘bigger us’ to counter the appeal of efforts to divide societies into ‘us-versus-them.

Active since 2014, More in Commons brings valuable data to the table for actors trying to take control of the migrant narrative. With data on where public opinion is polarized readily available through More in Common’s resources, organizations can better understand where to focus their work and how to make a tangible impact.

With roots in Paris, where PLACE was piloted in 2016, we dove into More in Common’s publication Attitudes towards Immigrants, Refugees and Identity in France. As we aim to change the migrant narrative, it is imperative to know the predominant story lines and how they are consumed by segments of the population. Here are some of the key findings we took away:

of the French public believe that that immigration has increased significantly in recent years. When, in fact, the level of immigration has been fairly stable in France for the past decade.

Only 16% of the French public view immigration as positive for the country, when one in four French people have at least one grandparent who was an immigrant. 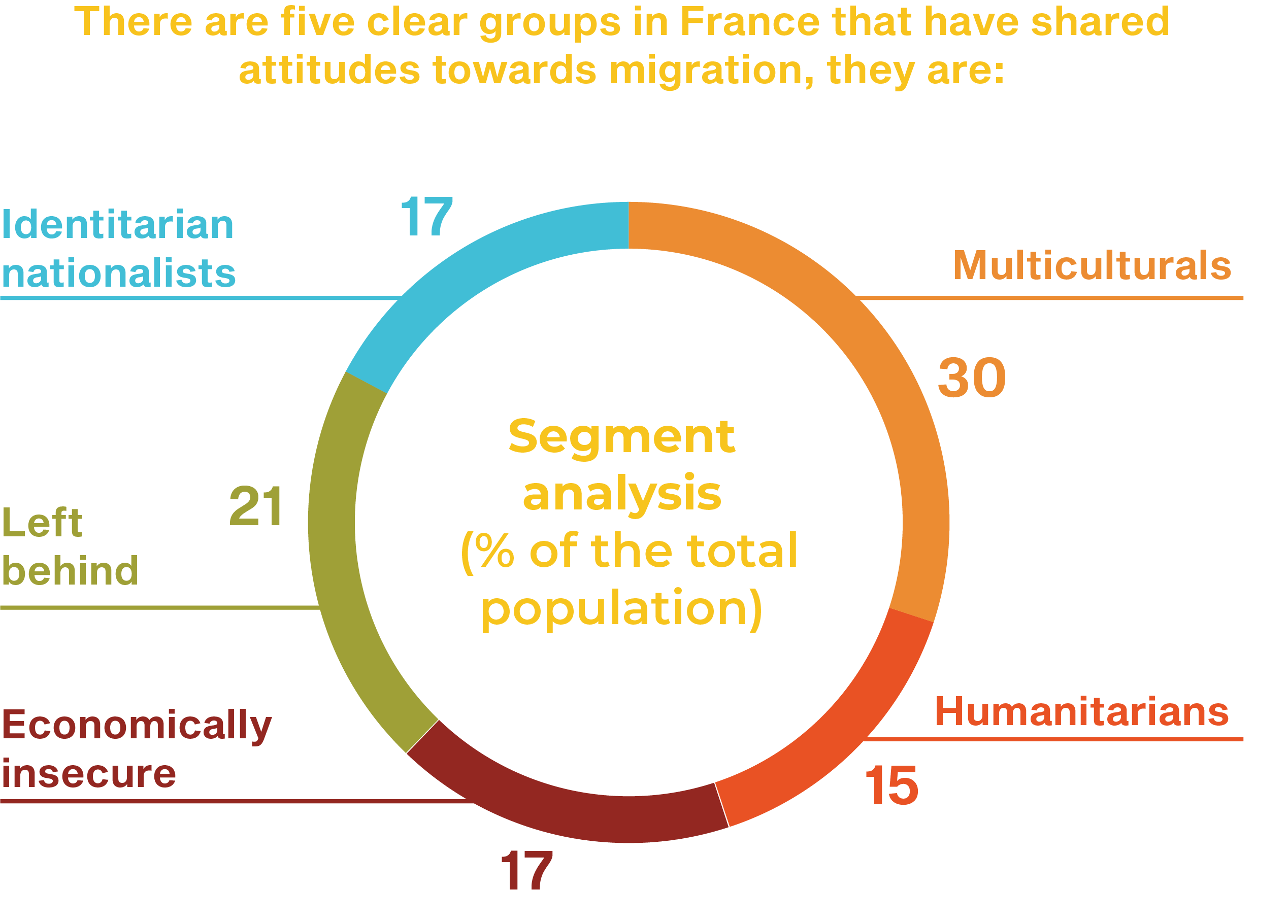 Based on the findings of More in Common’s publication we can clearly see where our narrative work can be easily consumed, but also where it can make a transformative impact. More in Common has created similar resources on the ranging public opinion on refugees and asylum seekers in the United Kingdom, Italy, Greece, the United States – if your work concerns these areas and the question of migration, we highly recommend taking a look.